The past, credit cards may have gotten a bad reputation, or at least the perception that if you are using for purchases, that you may not actually have to the money to buy, which I could come be the case for some, but not for all.  In fact, there can actually be benefits to using for not only some purchases, but for all.  They do need to be used with caution though, as overspending can quickly lead you down a path of debt, which could take years to get out from.

Now while you could argue that debit cards are accepted everywhere also, and that is true, but if you use a debit card to book a hotel room or rental car, you will incur a significant hold on your account for damages, that may not be released until a week after you check out, with the money being removed for your account in the meantime.  With a credit card, any hold would just be in pending status and would be removed by the time you would go to make any payments anyways, so you wouldn’t have to worry.

These days you just never know who can sneak access to your information, so it’s better to be protected from a credit card, where you can quickly dispute any fraudulent charges that appear on your account so you are not responsible.  While you certainly can do the same with a debit card, however, while you are waiting for the dispute process to be resolved, the funds would have already been taken from your account, so that could cause an overdraw if you have pending bills that are going to be taken out and could take weeks to have funds returned to your bank account.

The Rewards Quickly Add Up

Probably the best reason to use a credit card for what could be argued every purchase that you make, you can watch the rewards quickly add up, whether it’s in points that you can redeem for gift cards, hotel rooms, or airline miles, or even cashback.  By making the purchases that you were going to make anyways, just think of how much you could be missing out on by using a debit or credit card without rewards, probably adding up to hundreds of dollars per year, depends on how much you spend, which is a significant amount of free money that would have otherwise been left on the table. 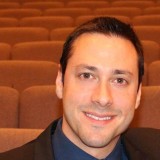